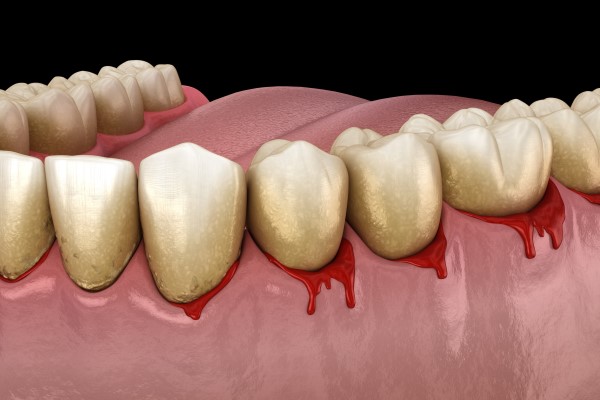 One common oral issue that plagues many individuals is bleeding gums. People may experience this problem only occasionally or while brushing. However, if the bleeding grows worse or causes pain, those experiencing it may brush less often, which can lead to cavities, gum disease, and eventually tooth loss. Understanding what causes bleeding in the gums and how to treat its main cause, gingivitis, can help those experiencing this dental concern.

What causes bleeding in the gums?

While bleeding gums may happen occasionally due to using a toothbrush with hard bristles or sensitivity, frequent bleeding could have several causes. Those experiencing this problem may do so because of a new dental regimen, such as daily flossing, or other issues, such as:

One of the most common causes of bleeding is the onset of gingivitis, or early gum disease. If this problem goes unchecked, it could lead to periodontal disease and tooth loss.

What are common causes of gingivitis?

The Centers for Disease Control and Prevention note that nearly half of all adults over 30 years of age suffer from gingivitis in some form, whether it is in its early stages or advanced enough to cause serious gum infections. While bleeding of the gums is one sign of gingivitis for many people, certain individuals may be more at risk due to a variety of factors.

People who brush infrequently or start to skip brushing because of concerns and pain over bleeding in the gums are generally more likely to develop gingivitis. As plaque and tartar build below the gumline, this causes inflammation and increased pain. Eventually, the gums begin to pull away from the teeth, causing them to loosen or fall out. Daily brushing and flossing can improve oral health and stall the development of gingivitis.

Chronic illnesses, such as type 2 diabetes, can cause dry mouth and lead to gingivitis. Once this occurs, individuals may experience gingivitis and tender gums that bleed during the brushing process. Patients can ask a dentist about products made to reduce the symptoms of dry mouth and specific brushing habits that can benefit their oral health.

A lack of vitamin C, D, or K can encourage gingivitis and bleeding of the gums. These issues may be caused by a poor diet or medications that deplete the body of these nutrients. Those who suspect this issue because of gum bleeding can ask a physician about how to improve the levels of these vitamins in the body, such as taking daily supplements.

Bleeding gums may seem frightening and a cause for alarm. Fortunately, the issue is often easily rectified with improved brushing and flossing habits and a visit to a dentist to ensure the problem is not out of control and that the surrounding teeth and jawbone are not in danger of damage. Understanding the roots of this common problem can help protect your oral health for many years to come.

Request an appointment here: https://www.casasadobesdentistry.com or call Casas Adobes Dentistry at (520) 365-0559 for an appointment in our Tucson office.

4 Signs And Symptoms Of Gum Disease

Proper dental hygiene, including brushing, flossing, fluoride use, and regular dental examinations and cleanings, is necessary for more than just cosmetic reasons. One of the consequences of not taking good care of teeth and gums is gum disease, which is also called periodontal disease. There are three stages of this disease, and if it is…

Healthy oral habits can prevent issues that may lead to infections such as gum disease. This problem, also known as gingivitis, can be common in both children and adults; however, if it is left untreated, it may worsen and cause serious discomfort or cause secondary infections within the body. Oral treatments such as scaling and…

How LANAP® Can Treat Bleeding Gums

LANAP® is a non-invasive treatment option for gum disease. The acronym stands for Laser-Assisted New Attachment Procedure.  LANAP tackles the oral infection known as gum disease. Read on to find out how LANAP can mitigate and even reverse gum disease.Treating periodontal disease boils down to the removal of the infection. In mild cases of gum… 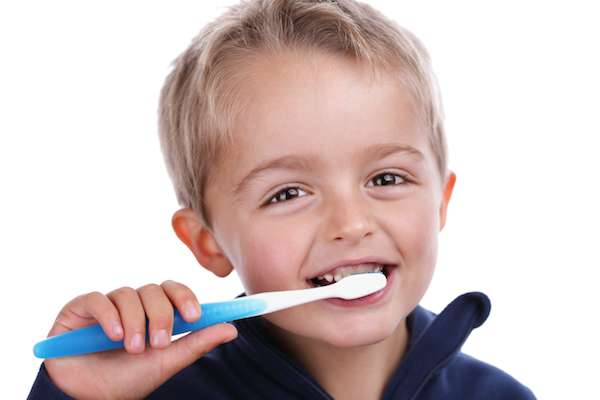 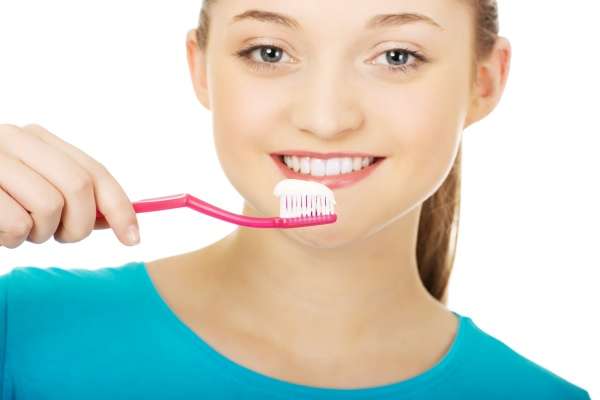